I was inspired by Sexual Assault Awareness month to read this book now than later. Now, this book is a feminist read around a group of characters over the course of many years. It starts with Greer starting college with no one familiar, her high school boyfriend is away at another school and Greer deciding on how to spend her first night away at college (Goodreads).

Throughout the book each character had their own perspective, some even starting halfway through the book. I felt this writing style left opportunity for the reader to understand and appreciate the other characters in the story. There were times where reading one perspective left me hating one character only to sort of like them again later.

Meg Wolitzer created beautiful and flawed cast of people that made morally grey choices. Characters weren’t always the best people making the right decisions, but decisions that still made sense no matter how much I didn’t agree with them. Wolitzer was repeatedly so witty and just plain funny that I was writing “lol” and underlining parts continuously. One critique is that I felt the two main men didn’t know how to have self control around sex or know how to be honest. Both of the men could have had a little more growth in that aspect.

Greer was my favourite as someone who can relate the most to her, for example, having a similar high school boyfriend (but didn’t end the same way, haha), or having those college experiences like her. 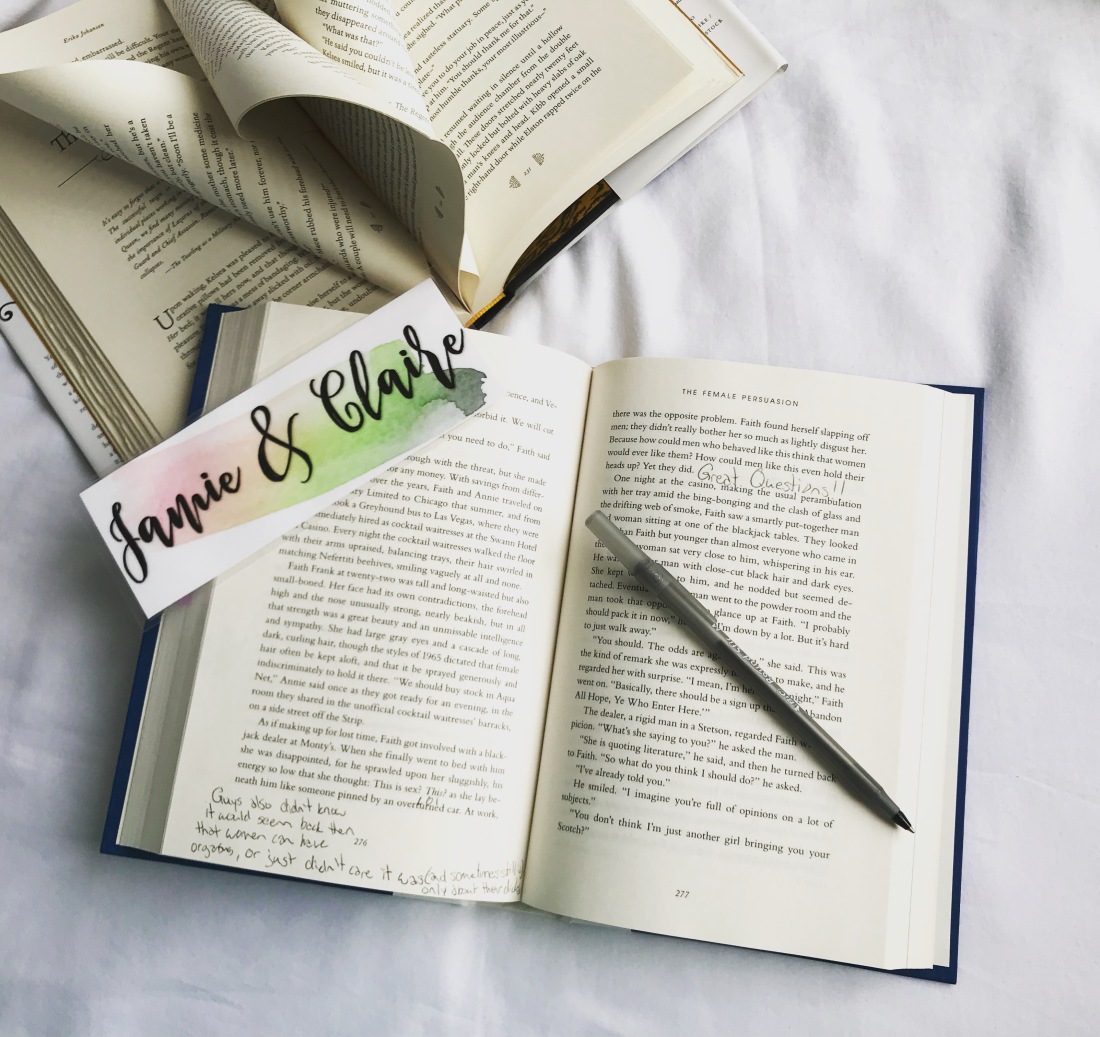 I like the overall theme of learning how to have a voice and how you too, can make a difference. Repeatedly, Greer comments on how her voice is barely audible to hear, she gets ignored throughout the book, and how that changes by the end. Compared to Faith Frank who has established her voice in society and how she uses it to bring attention to important issues.

Now I have finished the book, I feel that part of it was a call to action for men and women to be part of the feminist movement and to make the female experience better. To find your voice for issues that you find important and how talking about them more help bring action to those issues and create change. The Loci Foundation was a metaphor  for this point because the foundation had a speaking aspect at it’s summit functions, but also the special projects where women were being helped and rescued.

Overall, I really quite enjoyed the book and will be one of my favourites. I definitely do recommend the book to anyone that finds the synopsis interesting, it would for sure be worth the read.

I also, heard while reading the book this week that the rights have already been sold for an adaptation and apparently Nicole Kidman is involved already. I forward to seeing what the do with the story!